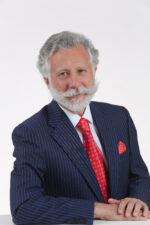 Dr. Bill Stager has BA (Philosophy)(1983) and MS (Anatomy)(1984) degrees from Rutgers University, an undergraduate OPP Fellowship and DO degree from NSUCOM in 1989, and MPH from ATSU in 2009. He completed a rotating internship at Humana South Broward Hospital in 1990. He has been in holistic private practice combining NMM/OMM, Family Medicine, and Medical Acupuncture in the Palm Beach area since 1990.

He is Board Certified in NMM/OMM and Family Medicine, and is a Fellow of the AAFP, AAO, and AAMA, and a Distinguished Fellow of the ACOFP. He has taught NMM/OMM and Family Medicine to hundreds of medical students, interns, residents and physicians all over the USA, Canada, Norway, and China and has published over 200 articles and papers in health and fitness magazines and several in peer-reviewed medical journals. He is section editor and contributing author of the 2014 2nd edition of the ACOFP textbook Somatic Dysfunction in Osteopathic Family Medicine.